Updates and improvements to api.video.

It allows you to upload videos in two ways:

Video import tool allows you to quickly and easily import your videos from another provider (e.g. dropbox or Vimeo) to your api.video dashboard. All you need is an API key and the provider’s access token.

In this article, we will go through the simple steps of importing your video content to api.video. 🎬 We have also created a video demo to use the api.video import tool.

A powerful, easy, and secure way to bring video content to your websites and applications using the Strapi interface.

The api.video player for Flutter is built natively for Android, iOS, and web and can be implemented on these three platforms easily. Read more about the Flutter player in this article. 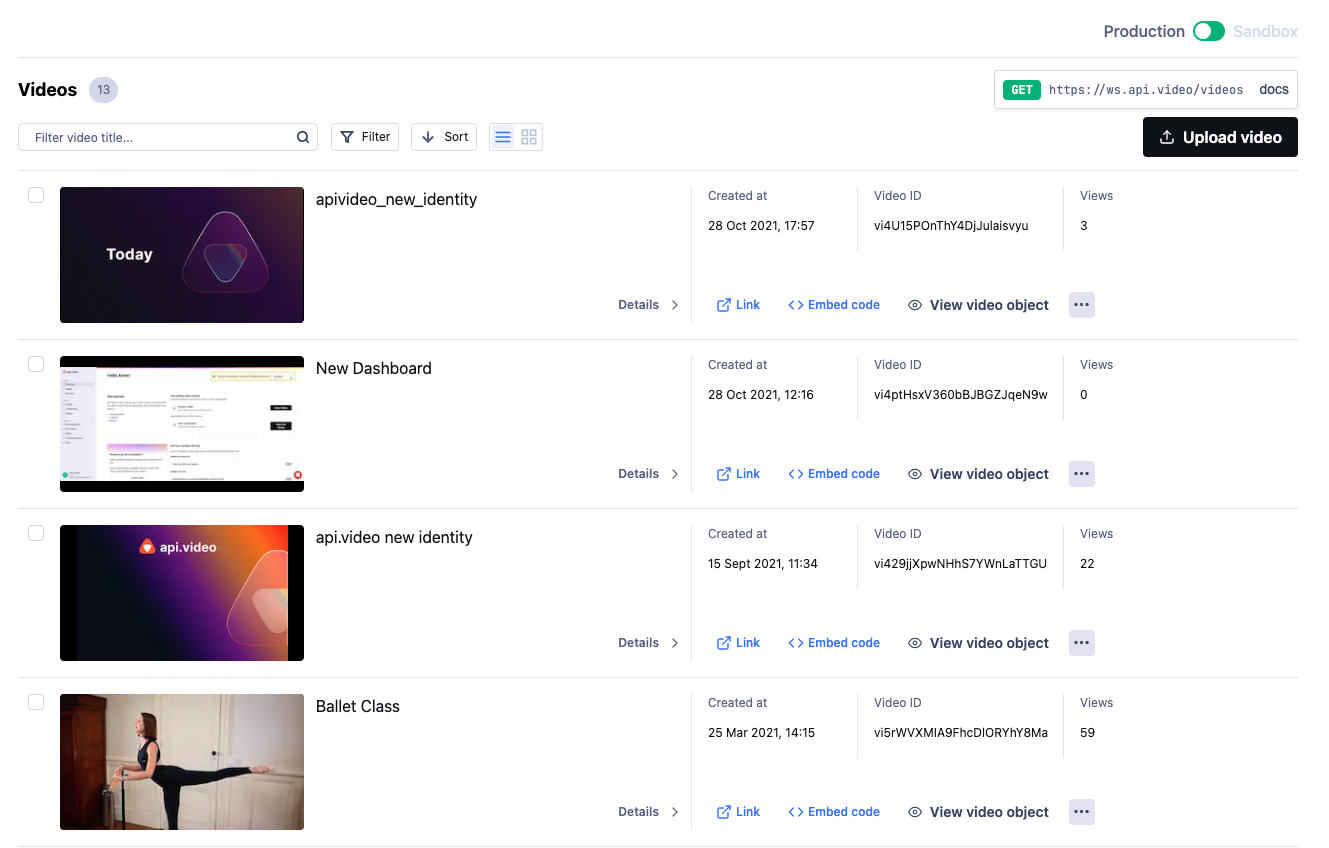 The video list in your dashboard has been updated to better visualize and manage your videos.

This library is an easy way to capture your video and microphone and upload it to api.video at the same time.

How to easily upload videos on your Android app? Read the article

Easily integrate a player for videos from api.video in your iOS applications.

This library lets you easily record & upload videos to api.video from a composition of several media streams. The position and size of each stream can be set in a flexible and easy way.

We have updated our React-Native live stream module to incorporate a sample app for iOS and Android. This blog article explains how we built it. 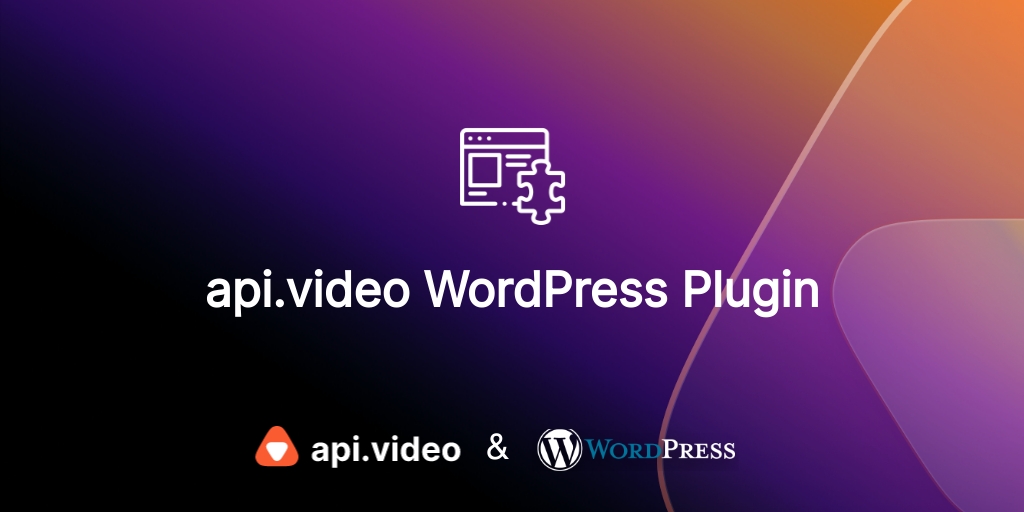 From popular demand, we have made possible to integrate your video workflow into WordPress websites.

• Upload videos–up to 4k–directly from your WordPress admin; they’ll be quickly encoded and ready for streaming in seconds

• Update video titles, descriptions, and even tags from your WordPress admin

• Embed videos with our responsive HTML5 player Use the plugin directly from https://wordpress.org/plugins/api-video/

Anyone can now share their api.video dashboard with a colleague or client. It's a great way to involve stakeholders in your projects. Workspaces enable the primary account owner to invite unlimited team members to their dashboard securely, so they can help with video integration or add video content.

We now display a countdown timer on videos in sandbox environment on the dashboard. This allows you to quickly know when a test video is going to be deleted.

We are now accepting SEPA payments for customers based in europe.

We released our own analytics plugin for iOS apps: https://github.com/apivideo/api.video-ios-player-analytics This will come useful to you if you rely on a native iOS player and you wish to receive our analytics pings.

For developers working on Android apps, we have just released an analytics module that will help collect the users’ analytics.

.mp4 public paths have been changed, and do not include the quality of the video anymore: /mp4/{quality}/source.mp4 → /mp4/source.mp4 This change was made to allow for faster access to the .mp4 link.

Please note that for the videos that were ingested through the API before we enforced this path change, the new path to the .mp4 /mp4/source.mp4 will be working, along with the old one */mp4/{quality}/source.mp4

We have released a new clipping feature. You can now create video clips from video files, videos stored on your account, or video URLs.

How does it work?

Select the video you would like to clip: in the source param 1, mention either the URL to the video or the videoId if this video is already hosted on your api.video account. Create a video clip from a new or an existing source by specifying the start and the end times of your clip. A new separate video is created, with the clip you requested!

Due to popular demand, we have re-installed the ability to set a video's public parameter (true or false) from dashboard.api.video

Videojs-analytics plugin is now compatible with the VAST

We have released a new sample live stream iOS app (apivideo/api.video-ios-live-stream on Github)

We have released a new watermark feature.

A watermark is a static image that is directly burnt into a video. For example, you can use it to display the logo of your product on your video.

What’s the release about?

Check it out, or read our implementation tutorial

The Flutter package has been release on pub.dev: https://pub.dev/packages/video_uploader

With the following features:

Better control your viewer's experience with the api.video player. We've just released new versions of both the player and the player SDK with a new feature allowing to hide / display some specific controls (doc & examles are in the SDK readme).

We are releasing a free app to easily work with video in your Bubble sites & apps. With the app you can easily add a video upload element to Bubble; allowing your users to upload videos which will be encoded and hosted on api.video and delivered worldwide via our CDN. Additionally, we have a player element that adds our fully responsive and customizable player to your app to play videos.

The new iOS API client is available on cocoapods and as a swift package (see source on GitHub. It supports video upload by chunks as well as progressive video upload. The iOS video uploader has been updated as well. iOS SDK and demo are now deprecated.

api.video has launched Progressive Upload. This revolutionary approach can be used to allow your users to record and upload videos simultaneously. You can use it in your apps for plenty of use-cases that need fast asynchronous video generation (video messaging, screen recordings, etc.)