Video bumpers are small video intro and exit scenes added to a video to help the viewer understand what they are about to watch. The intro 'bumper' often has a title or description of the video that is to follow, and the outro 'bumper' provides a call to action on what the viewer can do next - now that they have watched the video.

At api.video, we add bumpers to many of our videos to provide context and a subject for each video, and the end bumper provides a 'call to action' after the video has been watched.

Adding bumpers to your video makes your video appear more polished, as an editing step was taken to add these to the raw video you recorded with your camera (or screen sharing tool). It is often a manual task in your video editing software.

In this post, we'll automate the task of adding bumpers to a video recording. We'll use the Shotstack API to add the bumper image and text titles to the front and end of a recorded video. The completed video will then be uploaded to api.video, and be ready to play in seconds - removing several manual steps from the creation of your training videos!

TL;DR: you can try our demo at bumper.a.video

The "old way" to adding bumpers

The downsides to this: Steps 1-4 are all manual, and are repeated for each video that I create. In steps 5&6 there is a lot of waiting.

Add images, text and video to a web form. Click "upload." The video will upload and have the bumpers added automatically - with no manual work, and (what seems like) a lot less waiting.

Let's see how it is built!

Ingredients for the demo

The tools used in this demo

The Shotstack API is a video editing API. You can splice together videos, add watermarks, and add text into your video using their API. We'll use this API to create our bumpers:

The initial video will be uploaded to api.video. Once the mp4 has been produced, it is sent to Shotstack for 'bumper work.' Once the video with bumpers has been created via the Shotstack API, we will re-add the completed video to api.video, and provide a playback url.

Once you hit send on the form at bumper.a.video, a lot of action takes place:

Now that the video has been uploaded to api.video, the rest of the work is done between the node server, api.video and Shotstack.

Creating the call to Shotstack

The Shotstack API works like an onion with many layers that must be defined to create a full video:

Every video has a timeline that defines the overall video.

Each timeline has one or more tracks. Tracks sit atop one another (in our case, we will have a watermark track sitting atop the video track).

Each track has one or more clips. The clips are bits of video/text or images that have specific durations inside the track.

Each clip has an asset that defines the clip - this could be a string of text, or an image or a video file.

There are two tracks that play the length of the video - the watermark track - which has a single clip for the single image asset.

the code for this (using the NodeJS SDK) looks like this:

The clip is used to set the location - in this case the top left - with a bit of (x,y) adjustment, the opacity (50%), and how long the clip should play.

Since the intro and outro are 4 seconds, and the video has length duration - we set this clip to appear for the entire video.

The main track of the video has many clips (and assets). Both the intro and outro have background and 2 text assets each, and the middle section has just the video clip/asset.

Shotstack does not like having clips with identical times. That means I cannot add the titles at the same moment as the background image. I could have perhaps placed the text items into different tracks to overlay the background - and then had them all start at the same time. Instead I have the background appear, and then add each bit of text every 100ms:

The video clip in the middle has the volume set to 50%. It starts at 4s, and has a length of duration seconds.

All of this data is sent to the Shotstack API, and it begins processing the video - adding the watermark and the bumpers.

Once the video is completed (the Node server polls every 2s to get an update), a new video at api.video is created, using the source URL from Shotstack:

Finally - we use the same video encoding webhook we used earlier to wait until the 720p version of the video is ready for playback (looking for the new videoID, and the HLS version at 720p resolution).

The user - back on the webpage, can click the "update status" button and track this process. The update status reports:

When the last item reports true - we add a link and embed the new video right onto the bumper.a.video page.

Automating the mundane tasks we run regularly makes life easier. In this demo, I identified a process that was very manual - creating video bumpers for demo videos. I used api.video and Shotstack.io to automate the process, and thereby making the creation of video demos faster and easier!

To be totally fair - this took a lot longer than creating 100 bumpers would have taken, but I got to try out some new technologies, and build a fun demo. Now it is up to you to fork the github repo and create bumpers for your videos!

False start: showing the video playback url before the video is ready 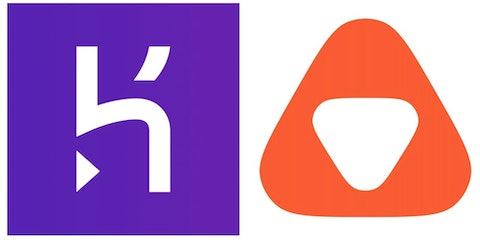 Troubleshooting tips for your Laravel 8 project