What is a video bumper?

Just like cars have a front and rear bumper, videos can have short intro and exit clips that denote the beginning and end of a video.

Bumpers are usually short (under 10 seconds, but typically around 5 seconds long) that describe the brand and the topic of the video that is being presented. They help set the stage for the content, so the viewer knows what to expect when watching your video.

The Introduction bumper will be the first thing your viewers see when your video starts playing. Typically, there is text describing the content of the video, with perhaps a company icon, and maybe the name of the person presenting during the video. This allows you to catch the viewer's attention, and reinforce brand awareness for your company. It also helps make your videos look polished, as clearly there was editing done to create and add the bumpers. 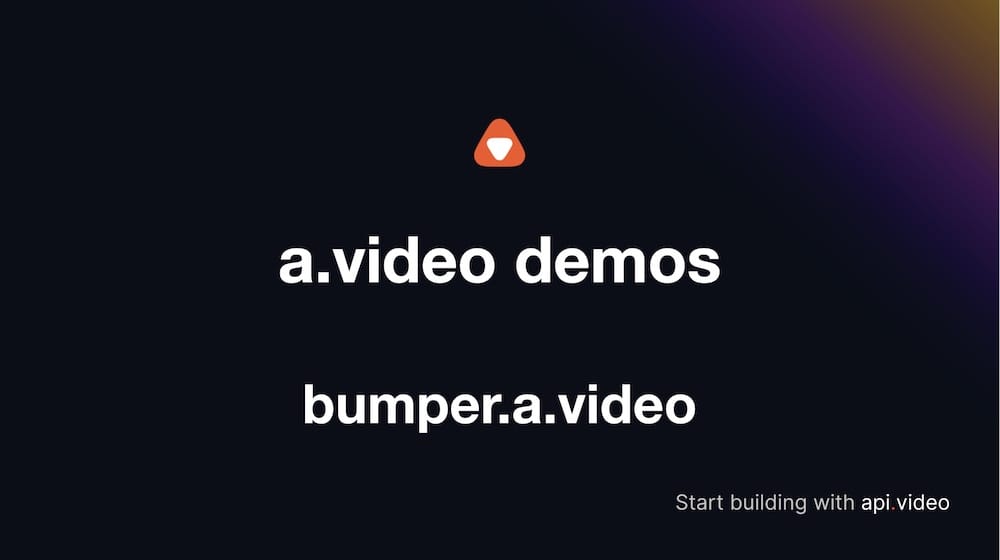 Seeing this information allows the viewer to understand what the video will be about.

At the end of the video, it is often desirable to give your viewers a call to action on what they can do next with the knowledge gained during the video.

In the case of the video above, we want to thank our viewers for watching, but also remind them that they can try out the demo at bumper.a.video

So we created the following image: 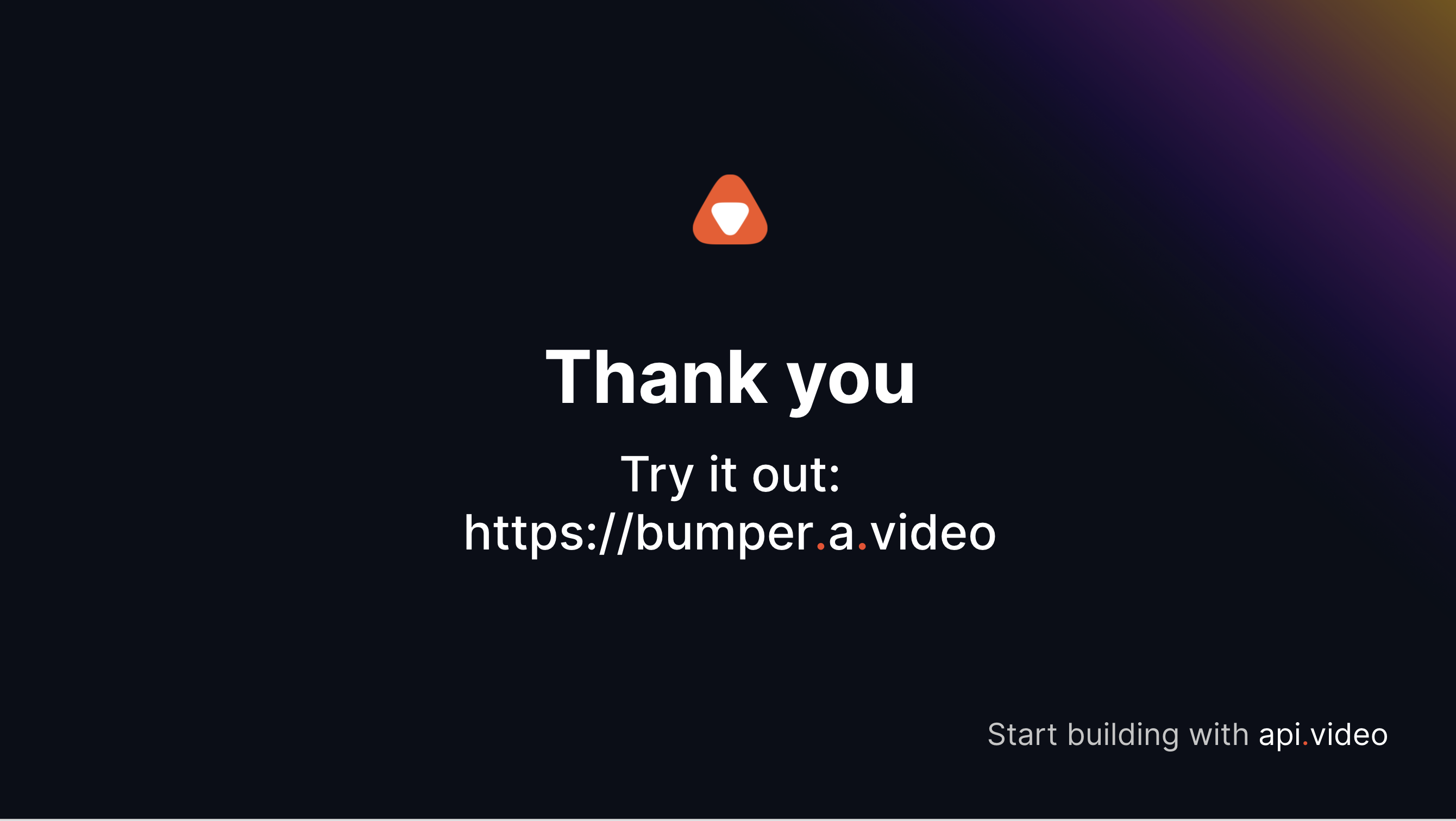 We thank the user for watching, and suggest that they try out our application to add bumpers to a video.