Modern technology has been helpful for an increasingly fast and simple method of consuming various types of video media, whether it’s a YouTube video, our favorite shows on Netflix, or even catching up with friends across the globe on Zoom. Despite the relative ease of doing anything related to video, a few complex processes take place behind the scenes, away from public view. One such process is video encoding.

Video encoding basically makes the world go ‘round in regards to anything related to video and video content. Thanks to the technologies behind the video encoding process, it has become much easier for people and companies to share video content on the internet. But what exactly is video encoding, and what happens during the process? We’ll take a closer look at this and much more in this handy guide to video encoding.

What is video encoding?

In a nutshell, video encoding occurs when you take raw video footage, either from a digital camera or an analog film camera, and digitally compress it to make it a more manageable file size. Video encoding happens daily in both professional and personal capacities, and many people don’t realize it.

But, without encoding, services like Netflix and YouTube would not exist – or, at least, not in the same way that it does today. Without it, we couldn’t send videos of our beloved pets to our friends and family as easily as we can today.

Why is video encoding used?

This is done to ensure optimal performance and compatibility with a selected suite of software and hardware, be it for DVD/Blu-ray playback, mobile viewing, online video streaming, or general video editing. A file's video and audio information undergo transformation and compression during the encoding process, all in accordance with the requirements of the selected encoding standard.

On a professional level, the ability to compress raw video into more manageable sizes makes it easier to transmit video content such as training, promotion, presentation, and so on over the internet.

On a personal level, video encoding makes it much easier to send videos taken from your phone directly to friends and family. Most modern-day personal devices have built-in video encoding capabilities to allow for this to happen without a second thought.

To put things in perspective, uncompressed or unencoded video can have a data rate that’s as low as 3,000 Mbps and as high as 12,000 Mbps, depending on the length and quality of the video recorded.

Without encoding, it would take up to days for anyone to not just transmit video, but to be able to consume it, too.

You need to be familiar with two more essential terms related to video encoding – transcoding and codecs.

Transcoding relates to the conversion from one digital encoding format to another. It takes the already encoded video file, decompresses it, and then alters it before re-encoding or compressing it into a different codec. Codecs are what allow encoding to occur in the first place. They are software or hardware that gives us the ability to compress video to make them more easily stored and delivered tightly.

While you may hear “encoding” and “transcoding” used interchangeably, the two terms actually mean different things. Putting it succinctly, encoding is the initial process of compressing a video from a source – such as a camera – into a codec, while transcoding takes an already encoded video file to convert it into a different codec.

In order to understand video encoding, you must first be familiar with two interrelated terms: video codecs and video formats. These also tend to be used interchangeably, but much like the terms encoding and transcoding, they refer to two different things.

Video formats are the type of files in which the compressed video/audio is stored. Also known as a “container”, you can tell what a video format is by looking at the file’s extension — the three to four characters that sit after a period in a file name. Here are some of the most common video formats used today:

On the other hand, the codec is short for “Coder / Decoder” (compression / decompression) and relates to the video compression algorithms that allow encoding to happen. Over the years, codecs have gone through multiple iterations as it coincides with the increasing sophistication and rise in the quality of filmmaking.

If you’re a content creator, you might be aware of some of the video codecs that exist today:

Depending on which device the video content is recorded on, it will already be encoded and formatted according to the settings of the device. For those using iPhones recording 1080p video at 25 frames per second (FPS), for example, the iPhone will automatically encode the video using H.264 and contain it in a .mov file format. The video editing software will “open up” the container to get to the encoded, compressed video file within so the editing process can begin.

After editing the footage is complete, it will need to be exported, which typically concerns video encoding. The edited raw media taken from a recording device such as a camera will be encoded via the codec of the person’s choosing before being put into a .mp4 container once they’ve hit “export”. As we’ve mentioned before, the most common codec used in video content creation is H.264 for HD videos, with 4K videos using H.265.

Different websites utilize different techniques to handle video encoding – with a majority of the major sites like YouTube, Netflix, and so on using their own technologies to handle the process. A majority of social media websites allow you to upload video files directly onto the site to share, although most of them require the files to be saved in specific containers.

These websites will take your video file and transcode it before using their own systems and serves to re-encode it to match multiple display resolutions. This process will happen regardless of your video file's original codec and settings. Different websites have different processes, but companies that don’t have the capacity to build their own video encoding systems can use a third-party application programming interface (or API) to handle this process. These APIs act as dedicated video encoder that allows companies to add on-demand videos to their websites more efficiently.

Using api.video as an example, all of the videos submitted to the platform will be transformed into H.264 codec in an MP4 container. This may be done using transmuxing and/or transcoding.

We expect the video bitrate to be lower than 16 Mbps for up to 1080p resolution and 50 Mbps for up to 4K resolution. We accept any bitrates, however, we will scale them down to the limits mentioned because anything above is usually challenging for most viewers’ connection to watch.

The ability to generate, store, and distribute video is made possible via a video API. api.video’s solution can be tailored to suit any specific need.

The backend process of video on demand (VOD) is exceptionally complex, even if you’re a software programmer specializing in video. It is necessary to encode, package, and typically transcode the data before sending it to any of several possible destinations. All of these things, and more, may be done with minimal fuss using api.video.

Our API basically keeps the complexities of streaming media hidden from view, so you can rapidly develop apps with as much control as you need. This saves time and effort so developers can concentrate on making the product.

As you can see through this video encoding guide, a lot of work goes into making the video you watch and the video you share possible. Without video encoding compressing raw video footage, it could take days to upload and transmit video content over the internet and perhaps even longer to be able to download and enjoy them.

You can integrate your videos in minutes with api.video. Contact us for more information. 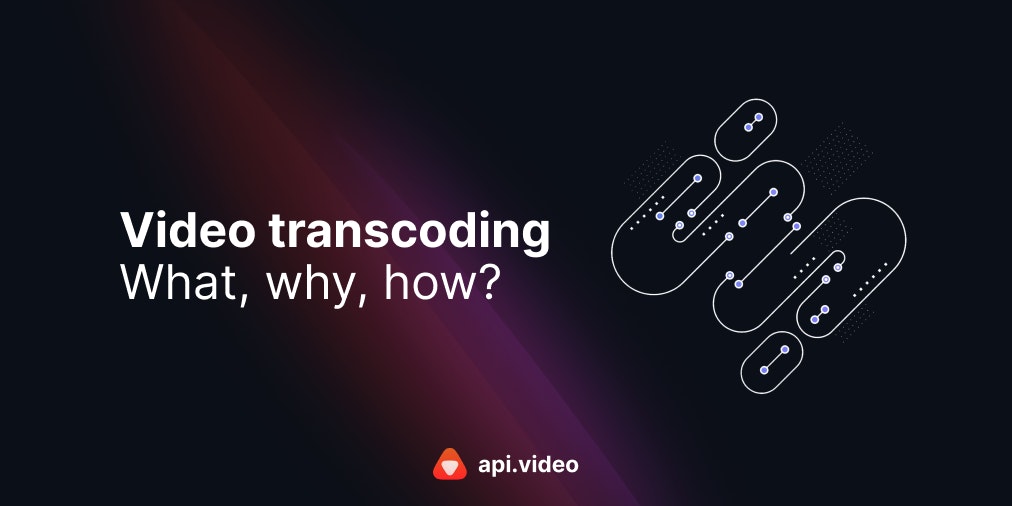 Video transcoding: What, why, and how? 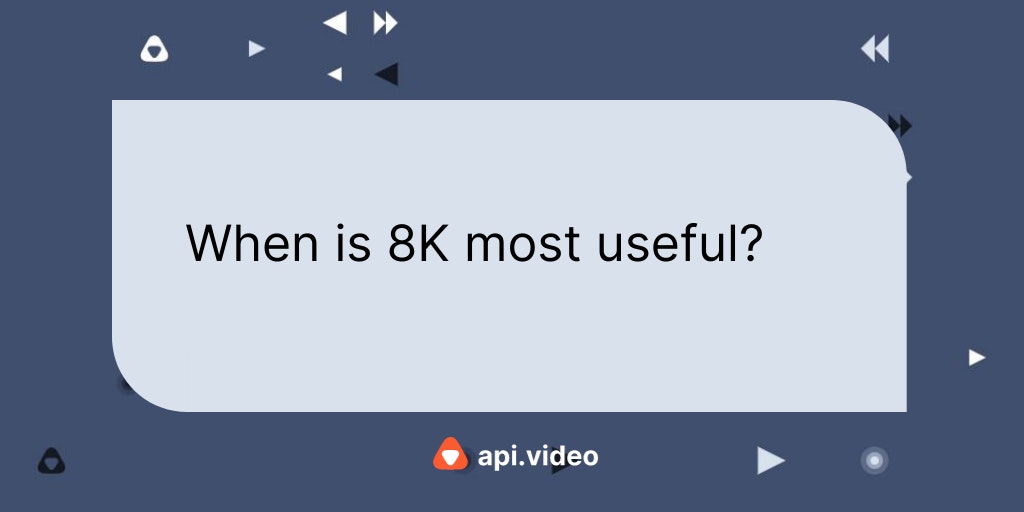 What kinds of video experiences are best with 8K? 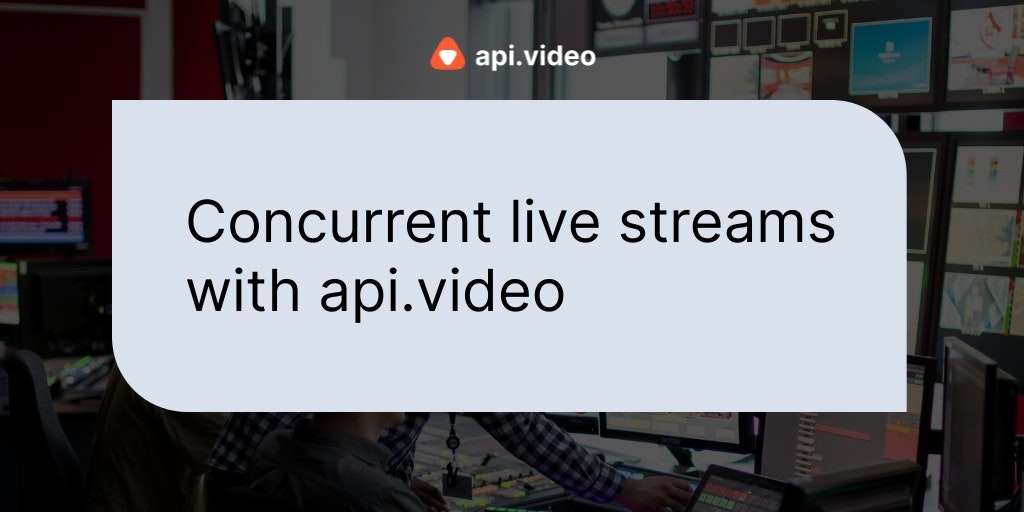 Transforming the future of video management